Challenged by MBA Director Justin O'Brien to generate a blog post profile and encouraged to amplify their posts using ethical social media promotional approaches, the competitive spirit of the joint queens of social media generated came to the fore.

Hits recorded on www.MBADirector.blogspot.co.uk in 2014 were tracked, with both Amy and Kelliann achieving scores that were head and shoulders above their peers.

Pictured outside the luxurious venue of their end of taught programme garden party, Kelliann and Amy clearly had lots to be pleased about as they look to complete their dissertation, the final element of their MBA.
Posted by Just at 24.6.14

Campus is blooming and the sun is shining as students join the annual summer school plenary that sees new students join together from all around the world to enjoy a rich mix of academic lectures, guest speakers, a business visit and a number of social events for the evenings. 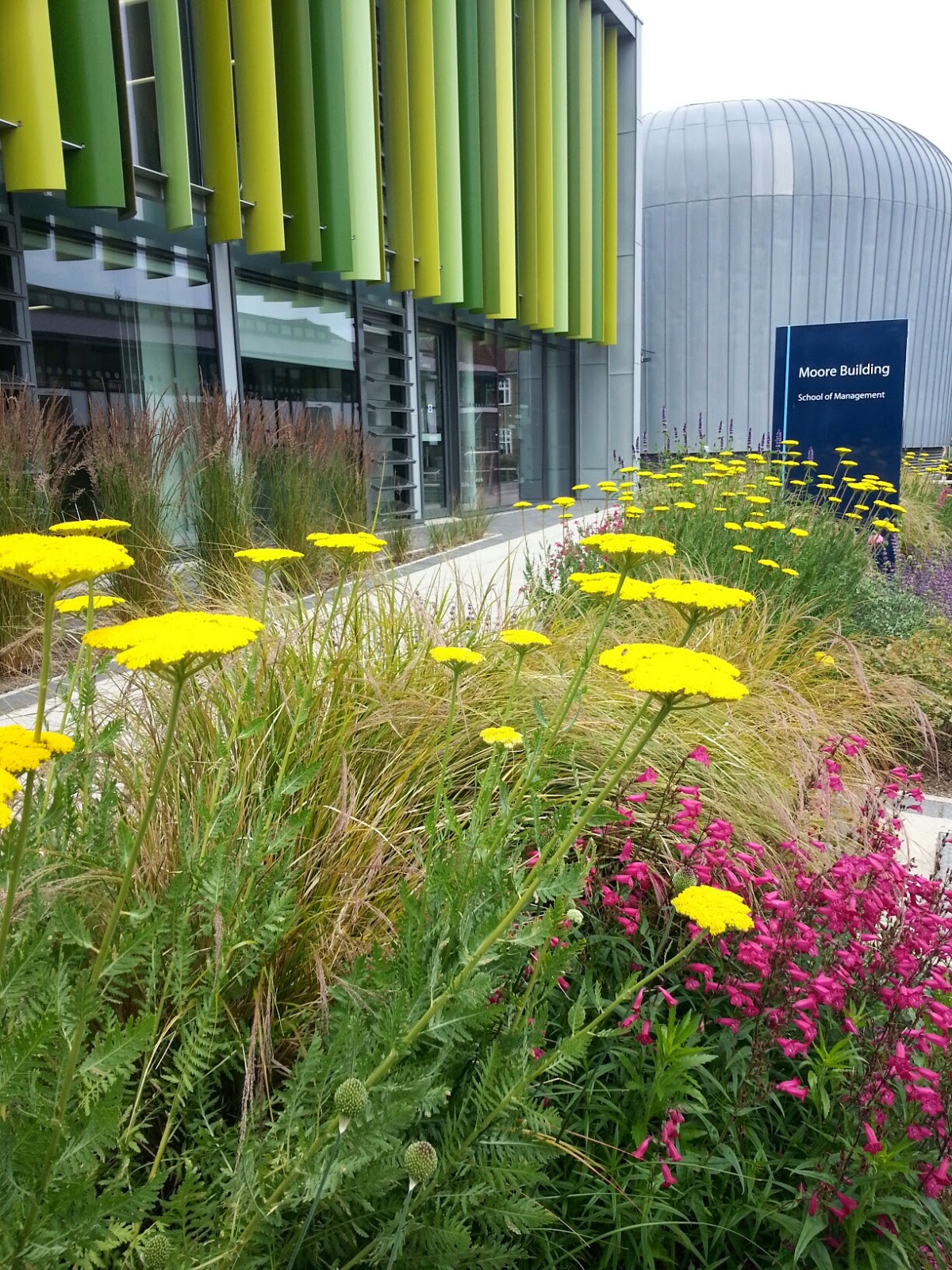 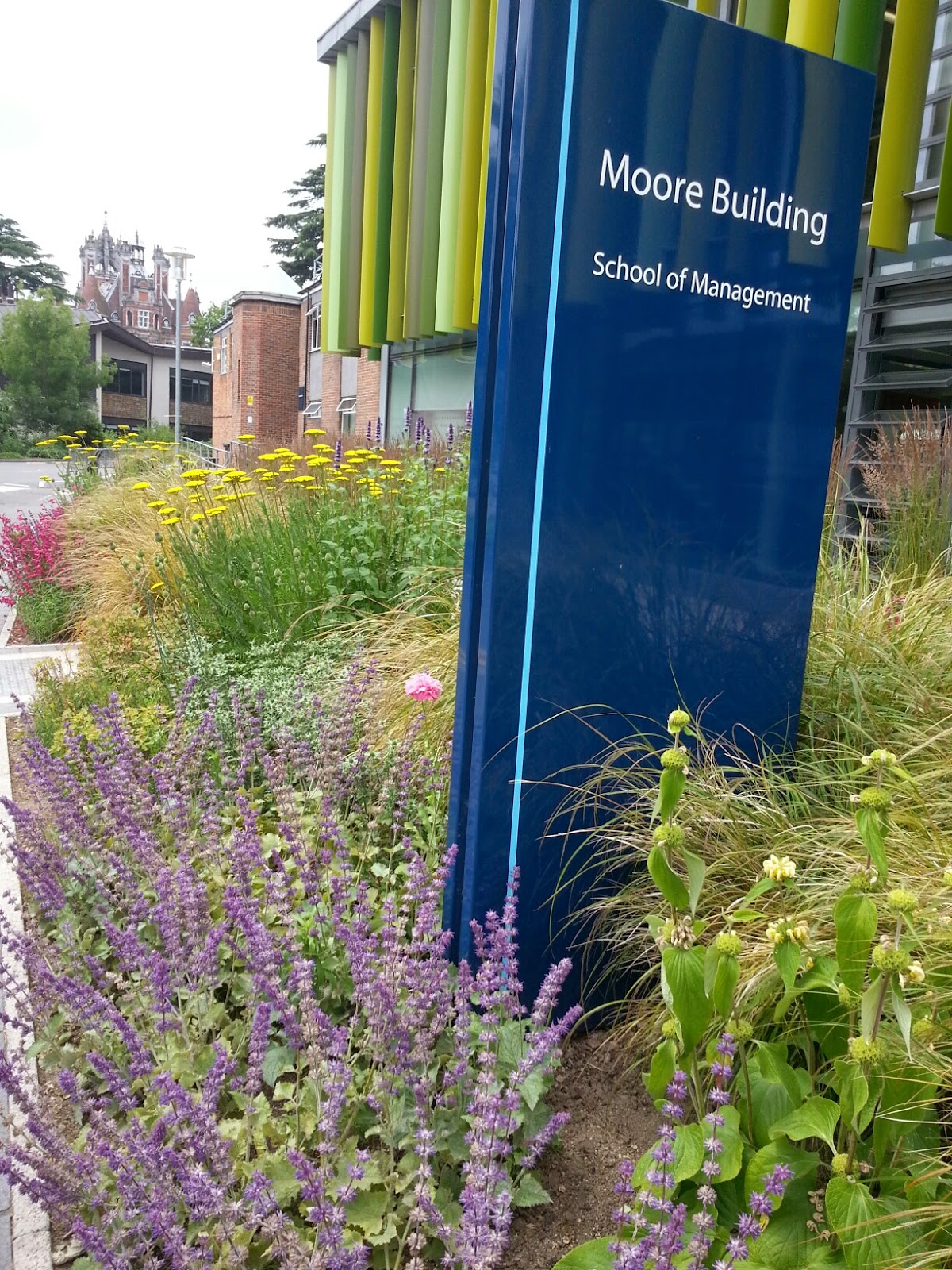 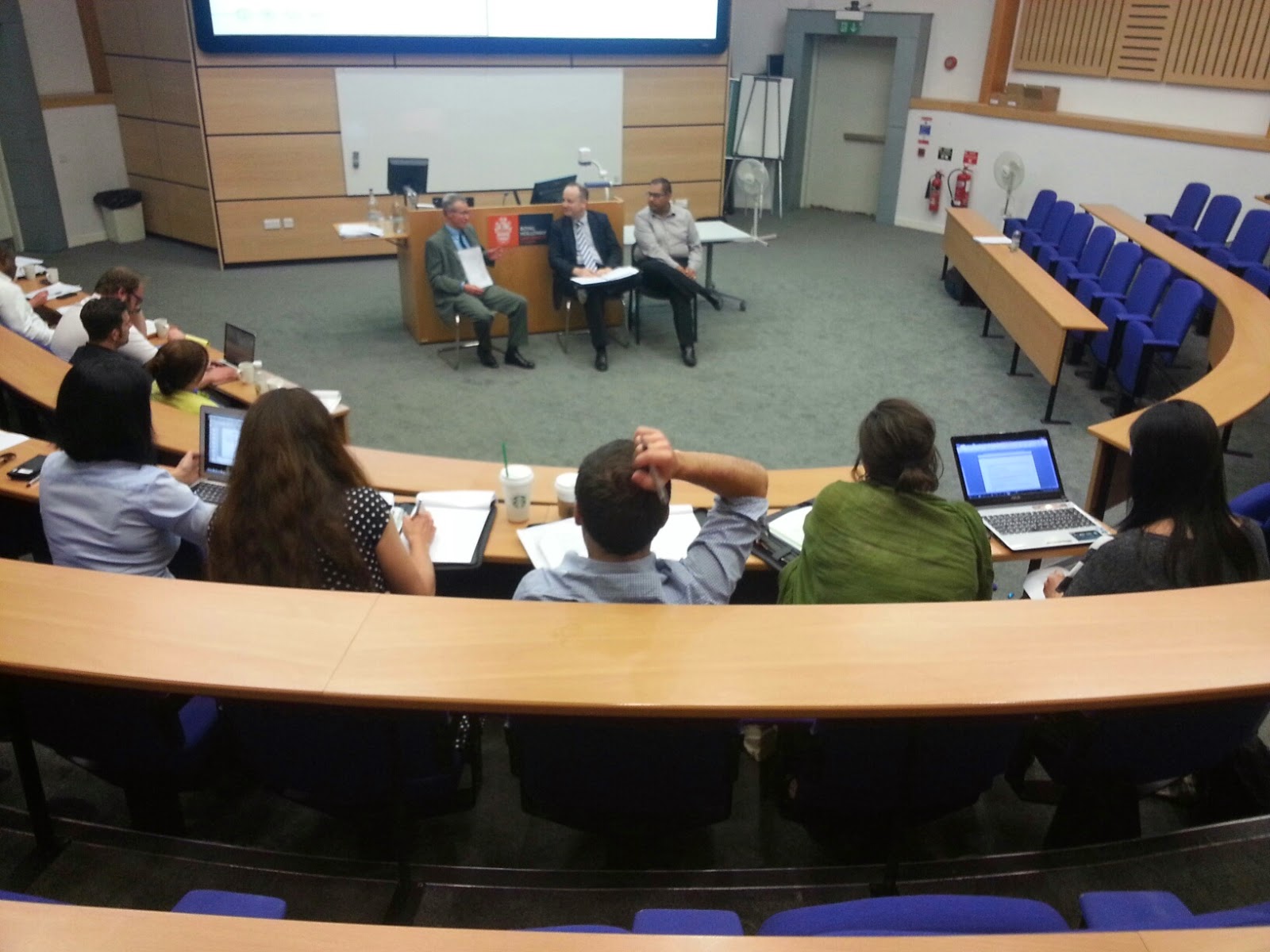 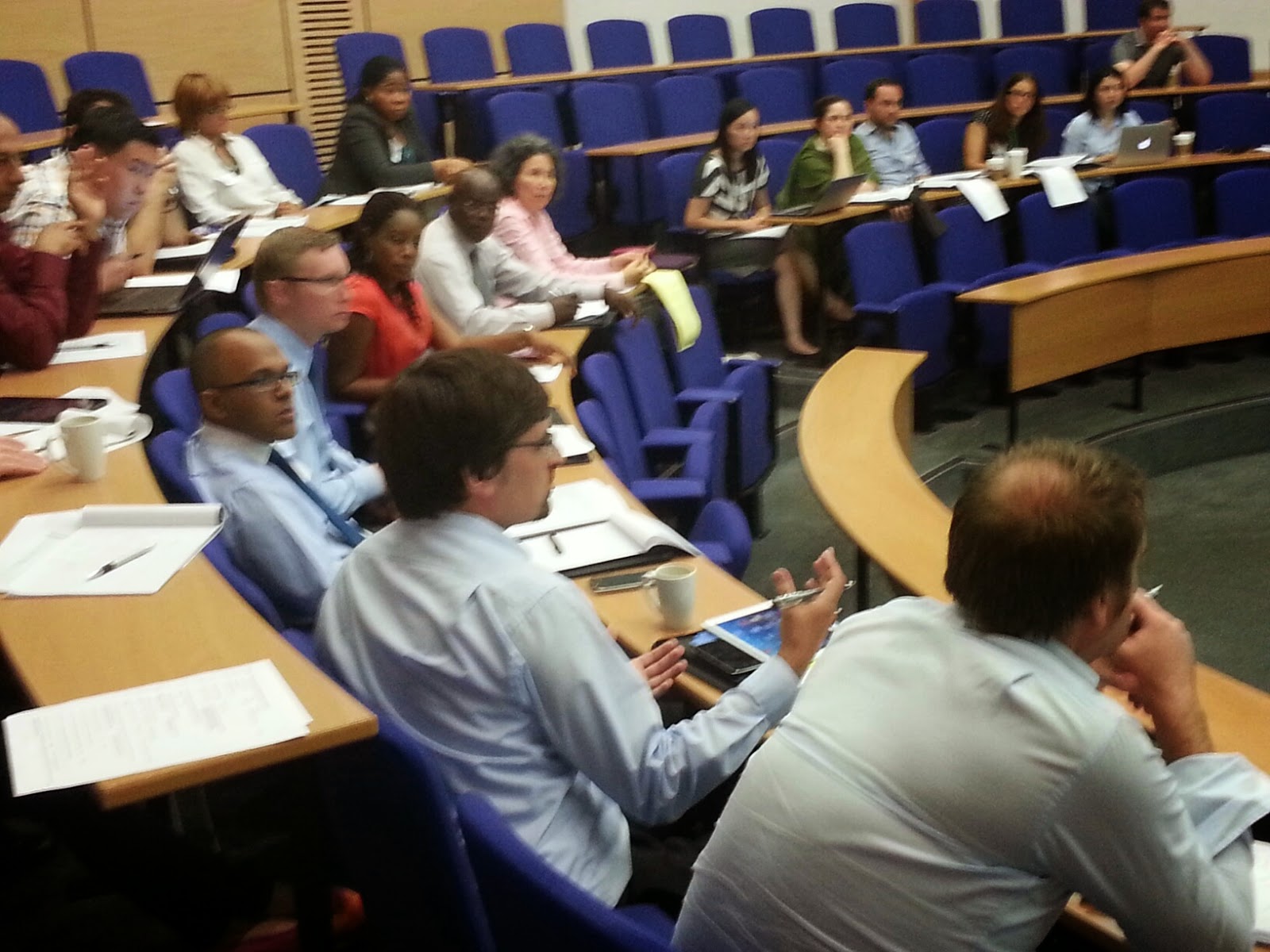 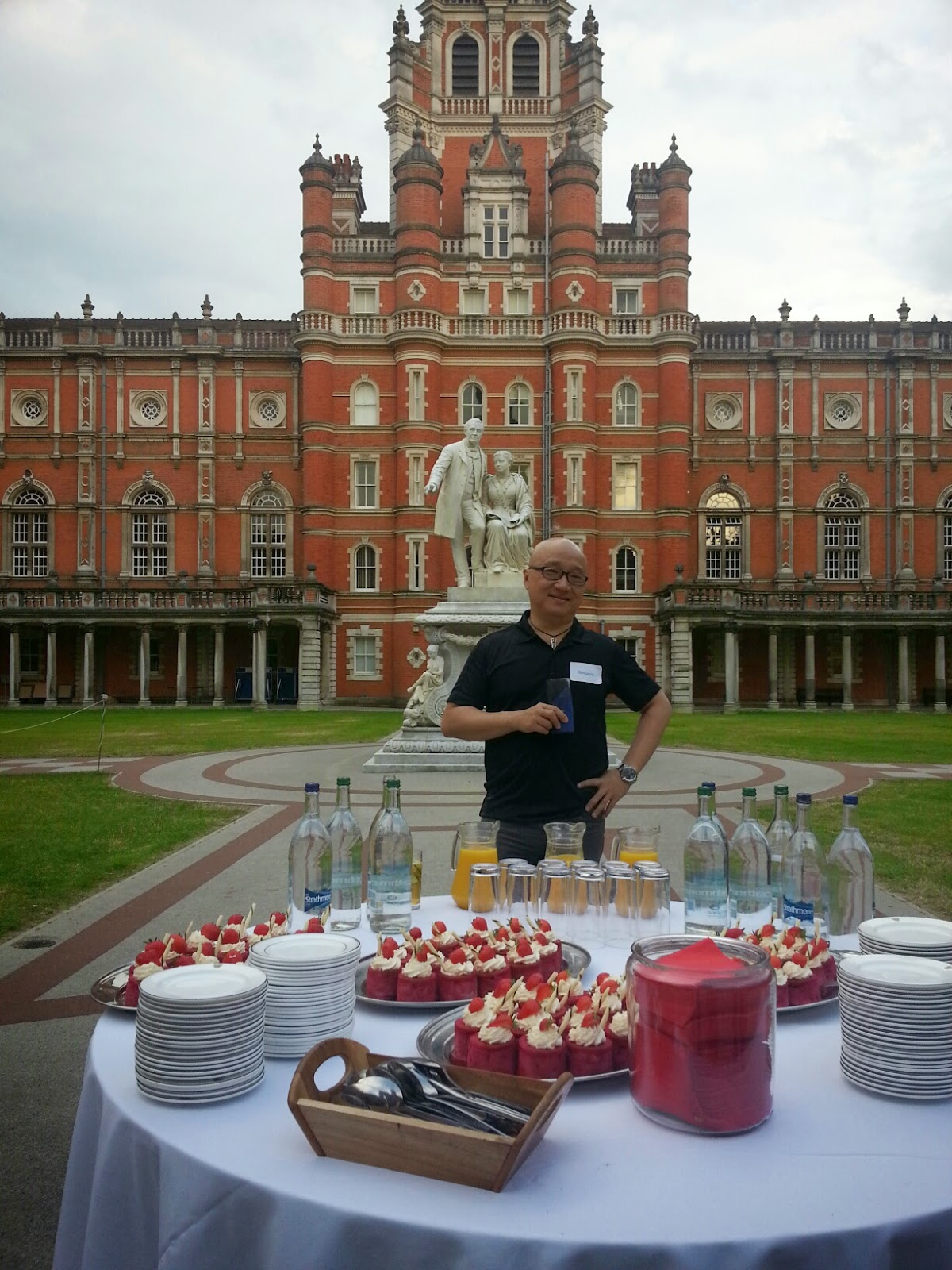 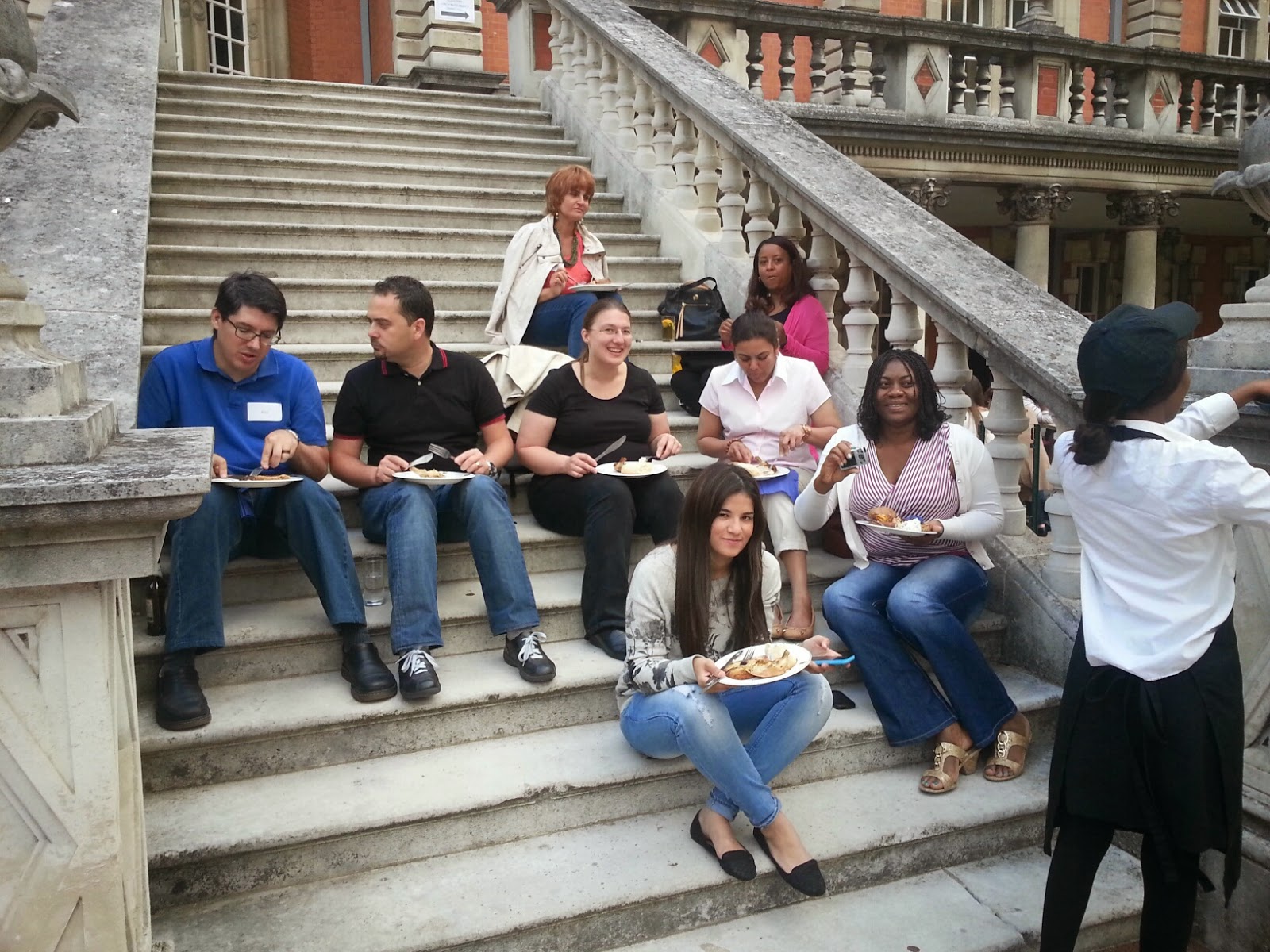 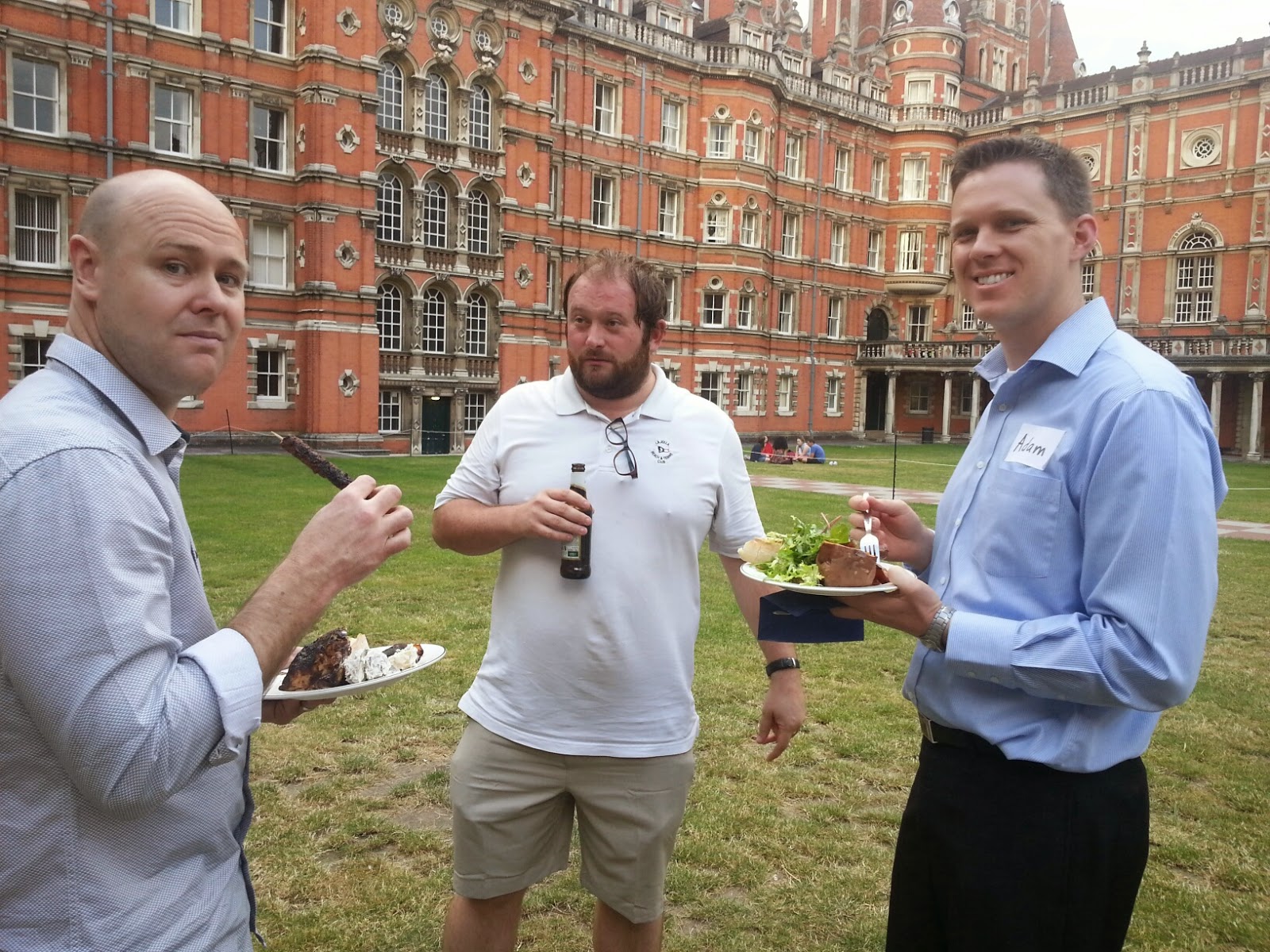 It's true that we luck out as an MBA group getting to visit our exchange business school in Stockholm at a prime time.  The sun shines, the nights are very long with just three hours of shade separating one day   from another, everyone is happy and the city is just fantastic.  Admin colleague Dawn played a blinder in getting a modest budget to stretch to include a trendy, hip located hotel, two meals a day, and a bunch of business visits and some cracking academic lectures.


It is my third visit to this off the beaten track northern capital and I just cannot get over how friendly everyone is.  Not usually outgoing in public, I am from south east England afterall, I struck up random conversations with roofers dangling from ropes four storeys up and even found out why my favourite icecream flavour was called 'tin roof', (sound of bouncing peanuts in mix process).  I even contacted two businesses from their Swedish web pages to arrange visits that were mini adventures in their own right, more of this later.....

I remain a huge ABBA fan and wish they were making more Kenneth Brannagh acted Wallender Swedish detective series.  The large numbers of four wheel drive Volvo's with their sleek hip-like lines make me swoon.  I love design here.  I like the uptight ironic humour that permeates, including witty shop names in English.  As a visitor you are struck by multi-gender toilets, although as a man I do not welcome queuing, nor paying 50p for using public toilets, even if the are modern and clean.

Sweden is very laid back, you do not hear car horns often.  Numbers of women seem to match men in  politics, although men only get half the years paternity leave offered to women, at 80% of your salary.  I have seen more men alone with their kids than women. Generous enough to make you want more kids, particularly when you note that education from kindergarten to university is free.  The third largest European country by lamdmass, yet fewer than 10m in population with some 2m concentrated on the circa 30,000 isle archipelago that makes the capital Stockholm. We have seen High School students bounce around in the back of dump trucks whilst celebrating their graduation and annoying our bus drivers.    Supposedly the light beer @  3.5% being sprayed around is bought by the parents and police POLIS check that no hard liquor is on board.

The MBA group seems to have really enjoyed their time here. As well as offering a strong international and cultural perspective on Swedish business with visits to packaging, telecoms and standards organisations, there has been plenty of time for personal exploration, shopping and tourism. Yang, from Chengdu in China, noted how nice it was to stay longer than the 3/4 days typically afforded a major European capital by most Chinese visitors.

Several were keen to experience top locations for partying such as f12 and Bernes, as recommended by MBA candidate for 2014/15 Marie  who hails from Stockholm.  Rachel was impressed that Swedish McDs sell chicken wings, unlike UK, but gutted that just three wings constitute a portion.  The vibrant independent coffee house scene seems to have kept Starbucks off grid here.  An odd omission.

We even got a D-school approach to learning as packaging giant BillerudKorsnas set up a highly engaging business briefing and innovation challenge in the Radisson Blu hotel that was formerly the SAS airline training centre.  I managed to squeeze in visits to two craft breweries, although one was very hard to find, which should help my plan for this summer to write about innovation and brand building in this space.